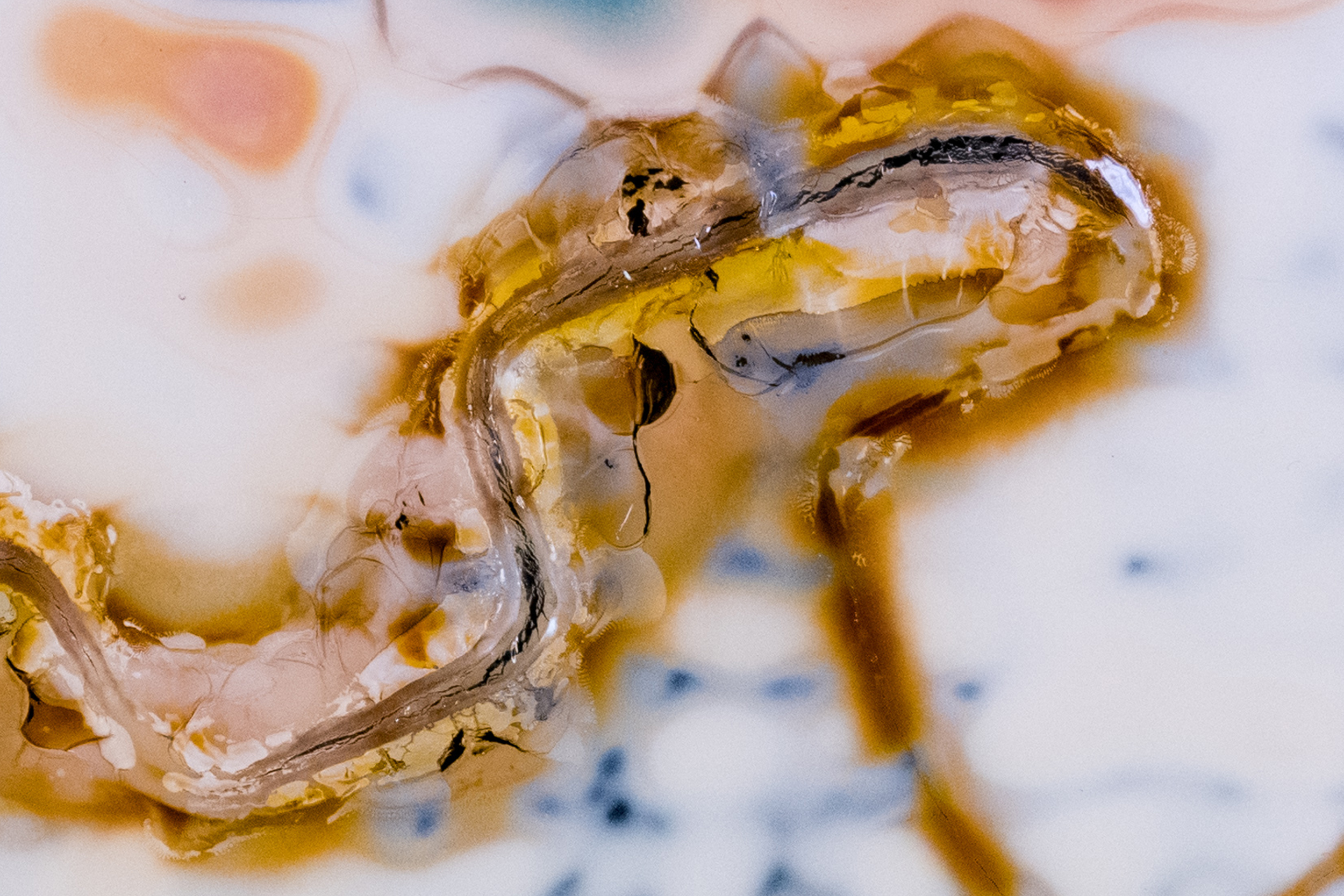 These images are the result of light and heat treatments on different types of instant film. I set out to explore the concept of translating music into an image using instant film. I was interested in the fact that different processes could create somewhat unique, abstract images.

Firstly I explored the effect of heat on multiple types of instant film, including the Fujifilm Instax range, Original Polaroid Colour 600 Film and the gelatin based Polaroid SX-70 film, using a manual heating process. Then I moved on creating a prototype instant camera and system to translate sound. This simple prototype consisted of a 3D printed body and an Arduino which read the frequency of a tone, translated it into a unique pattern which activated a set of LEDs inside the camera body to expose the film.

The vision for the project being a camera which could effectively create a unique representation of sound at the moment the photo was taken, using a combination of heat and light to manipulate instant film. Reach out if you are particularly interested in this project and hearing more about the process and the methods used.

Example of actual image produced by the Camera

Example of actual image produced by the Camera

← Back to all projects